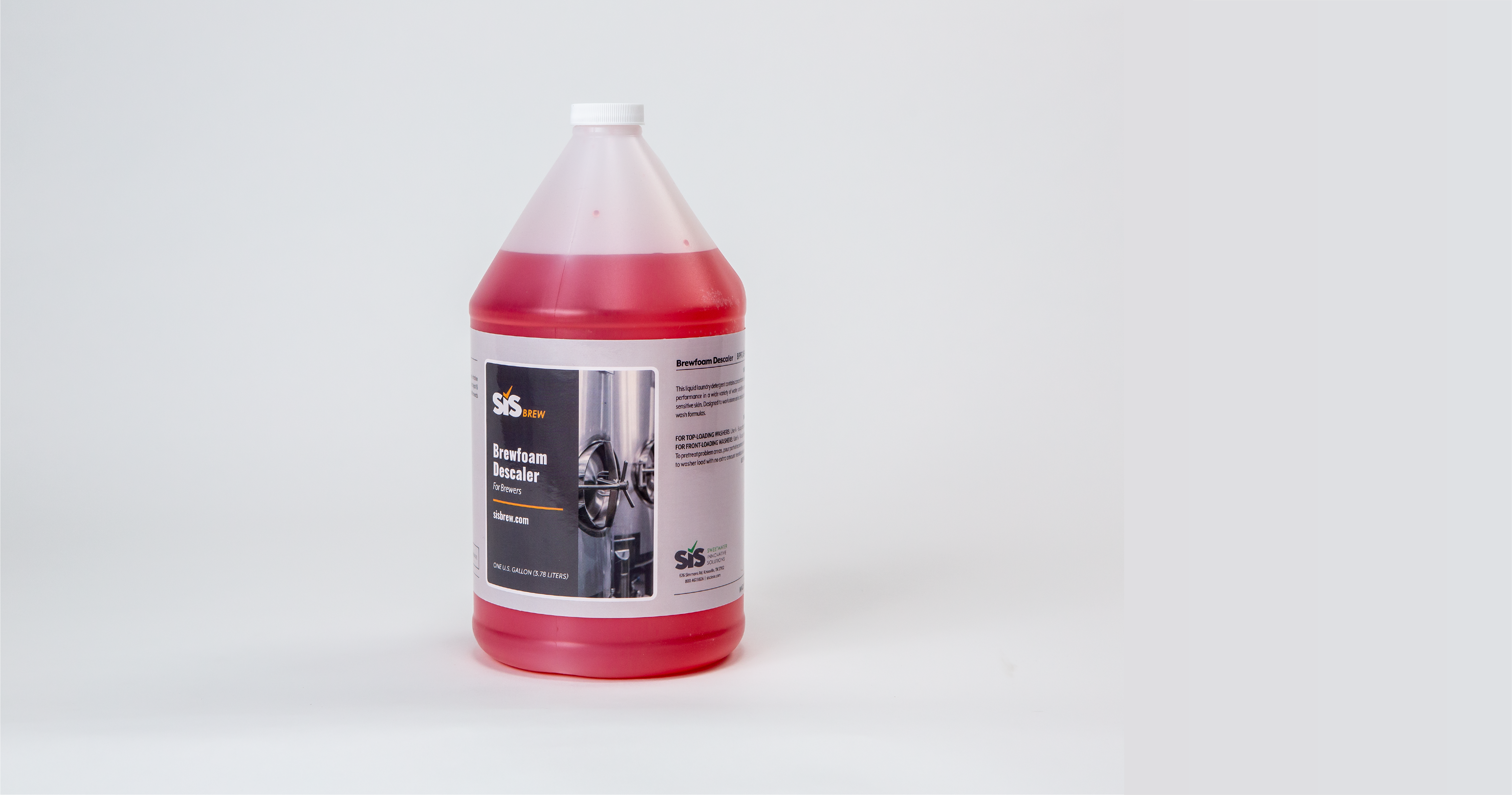 Let’s face it. Stainless steel tanks look snazzy, but they can hit your bottom line hard. Poly tanks, or plastic, can be a great alternative for a growing brewery! They’re affordable, nearly indestructible, and readily available. Although some folks initially have concerns about how chemicals can affect them, the truth is that they’re more forgiving than stainless tanks in a lot of ways. There is one easily avoided, but often overlooked aspect to keeping your poly tanks clean and sanitary, descaling! This can have a great impact on microbial growth. I can hear the comments now, “but wait… scale is inorganic! It has nothing to do with mold or mildew!” Well, buckle up for a trip to biology city (with a quick pass through chemistry town).

Scale buildup, made mostly of calcium and magnesium, is fairly visible on stainless tanks which means you’ll probably take steps to remove it. Most breweries have a program for their tanks in place to circulate acid on the inside, and foam acid on the outside to expel these unwanted minerals. Here’s the trouble with scale on poly tanks, it’s almost the exact same color as the poly itself! Less attention usually means less effort to remove it.

Now, what does this have to do with microbial growth? Stainless steel is nonporous (if passivated properly) and provides a very poor surface for mold or mildew to adhere to. Microbes are good at growing quickly, but they need something to stick to. Because of this, stainless steel is usually a bad choice for microbes to call home! Poly is also a poor surface in most cases; however, scale buildup is similar to putting a layer of Velcro on the inside or outside of your tanks. It’s like putting primer on your tanks and the finishing coat is, well, mold or mildew. You can sanitize until you’re blue in the face, but until you remove the primer, your unwanted guests will continue to make themselves at home.

Often the solution to eliminating microbial growth on poly tanks has less to do with your sanitizing procedures and more to do with your acid cycles. An acid CIP on the inside (about every 3-4 uses) and foaming an acid cleaner on the outside is the one-two punch that can knockout mold and mildew for good. Get with SIS for quality products to do both! Cheers!

Get the latest news and offers from SIS Brew.